I Forgot. And It's Awesome. 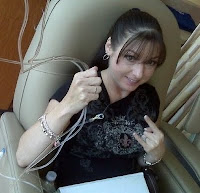 Two years ago yesterday, I sat down in a recliner chair & received my 1st chemo.  Yesterday I was out & about with my friend, & between all of our shoppin, lunchin, bitchin about this never ending, hell-like, gawd awful heat, I totally forgot that it was the anniversary of my 1st chemo.  And it occurs to me....aside from me saying "That was the cancer fighting portion of the day..." as I took the Tamoxifen after lunch, I don't think there was any other cancer related conversation.
Posted by LunaTechChick at 11:00 AM 4 comments: 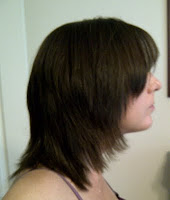 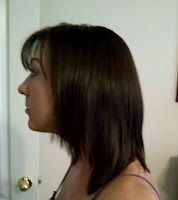 Posted by LunaTechChick at 12:27 PM No comments:

Between Appointments & A Random Tip

Ok, just a quickie here.   I'm enjoying this lull of down time between the flurry of appointments.  Saw the lovely Oncologist, Dr W this week.  Said the chest X-ray looked good, blood work looks great.  Great.  Discussed when he's comfortable with seeing me every 6 months as opposed to the every 3 months we've been doing since this all began in 2009.  He says he likes to keep on the 3 month plan until 2 years have passed since finishing Herceptin.  That will be in a year.  But, he did say that, if I want, if the next 3 month check up is all good, he'd go ahead & start the 6 month thing.  Nice that he's that confident.  But....I think I'd prefer to keep up the 3 month thing for another year.  I mean, there's a REASON that this is his protocol.  Right?  So, yeah....gonna tell him that in November when I see him again.
I did not yet order the genetic testing.  I had planned to have him include it in his orders for our next visit in November...but decided I don't want the results of that hanging over me during the holidays. And then if the result is positive....well....yeah....not gonna go there right now.
Next up....Mammogram mid September, followed by the appointment with the awesome surgeon, Dr V.
Meanwhile....as I type, it is sprinkling & temps are in the 70s.  SEVENTIES!  I wish I could say that this is the beginning of a change in our weather pattern, but 'fraid not.  Today is supposed to reach 102, & the rest of the week will see temps reach between 104 - 106.  So....yeah.  Weather wise, this has been a miserable summer.  Hot. Dry. This bit of rain isn't gonna help much.  It's too late for most of the farmers around here.  I drive to work every day through a couple of huge corn fields.  And it never even got far enough to make ears.  And it's all just dead now.  A sad sight really.
And finally...here's a random cool thing I learned last night at a "Last Bash of Summer" party we went to.  When making guacamole....leave the pit in it.  It will keep it from turning brown.  I've always heard the only way to prevent avocado from turning was to squirt lemon juice on it...but this pit thing really works.  Even late in the evening...long after all the guac was gone (it was SO good & disappeared F A S T), what bits of it was on the pits in the bowl was just as fresh & green lookin.  So there's your tip of the day.  Leave the avo pits in the guac.

Posted by LunaTechChick at 11:42 AM 3 comments: