They can all be really awesome, wonderful things.  They can also be terrible, shitty things.  It's in the way that you use it.

I've experienced both. I like to use them for good, positive & information stuff. Like this....to let y'all know that I survived the mammo.  All clear.  This knowledge should make me a little less stressy when I go see Dr's W & V at the end of this week. We'll see.  Or I can totally disregard this knowlege since the 2009 mammo missed the stage 3 bc, & be a typical, total freak. Right now I'm feeling pretty calm & confident. It comes & it goes.

And the Fall Candy is in the house, so, just in time for the Autumnal Equinox, the fabulous fall season is officially in full swing.  Yay! 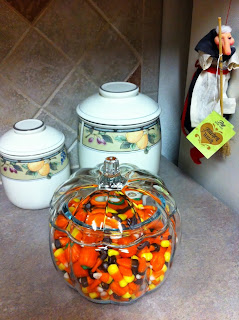 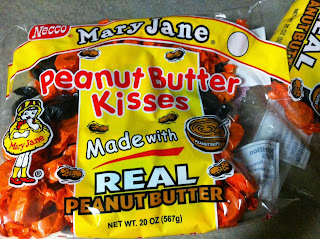 Thanks for checking in on us.  Will let ya know how the last two appointments of the Autumn Oncology Tour go.

September 14, 2009.  I had to have all my hair shaved off. It sucked.  I was so sad.  I was also kinda drunk.  I just couldn't believe I was having to do this.
By the end of this month I hope to have all good reports from all my docs & be all "Ba De Ya....Dancing In September" with NED!
Posted by LunaTechChick at 7:34 PM No comments:

But here's a wonderful post from another blogger, who expresses it much more eloquently than I did. Reblogged here with her permission.
Thank you Woman In The Hat!

Anger surfaces in everyone at some point. It’s not that we like being angry, but anger is a human emotion that has its place. To deny it because it doesn’t feel good, or doesn’t make us fun to be with or live with or even to live with ourselves is to suppress a valid human emotion.
I’ve noticed on a couple other blogs some “correction” in the comments of the poster’s anger. I haven’t experienced such comments personally, although when I started this blog, I had in mind that my blog would be a positive, healing, fun place to be. Imagine my surprise when I saw my own anger surface in a few of my posts. Yet, I didn’t censor myself because it felt like it needed to be said.
Certainly there is an inappropriate expression of anger. Anyone who’s been the recipient of the wrath of a rage-o-holic knows this. But cancer gives one plenty to be angry about, and justifiably so. To tell a person her anger doesn’t serve her, that she’d be better off choosing to be happy, doesn’t help. Perhaps that’s true, but jumping from A to Z doesn’t mean B and C aren’t there, even if they’re swept beneath the carpet.
No one will experience every reason why cancer patients feel angry, but I’m fairly certain if you identify with one, you’ll likely identify with a few.

A Few Good Reasons for Cancer Patients to be Angry:

As children, our parents forbid us to talk back “in that tone of voice.” As adults, we silently fume at employers, swallowing what we really want to spew back at the boss. It’s that or risk the loss of your job. We surround ourselves with religious or spiritual beliefs that tell us that anger is sinful, negative, poison to the soul. We constantly filter ourselves. Is it any wonder some people erupt inappropriately? Talk about a buildup of pressure.
“Righteous anger” is often depicted in sacred texts, such as the wrath of God in the Torah or Jesus turning over the money tables in the Temple in the New Testament. Can you imagine if Jesus’s friends said to him, “Hey, man, whoa, whoa, whoa! Whaddya doing? You really need to put a lid on that, maybe take some anger management classes. And really, what good are those childish displays? Trust me, you’ll be a lot happier if you just accept what you can’t change and choose to be happy.”
Angry people effect change in this imperfect world. Do you think even in his passive resistance that Gandhi didn’t feel incensed about the injustices in his day? We often hold up as models civil rights activists Martin Luther King, Jr., and Rosa Parks. You think they weren’t angry?
Angry people are in pain. Pain needs to be expressed through healthy outlets; otherwise, it’s bound to come out in any number of inappropriate ways such as venting on undeserving people. I can’t think of any better way to express anger or pain than through the arts. That includes painting, dancing, music, writing, poetry, and more. I would not stifle those expressions. If they make you uncomfortable, you don’t need to subject yourself..........
.....Those who express their honest feelings publicly, such as in a blogging platform, give expression and voice to others. There are few things as satisfying as knowing that someone else knows how you feel, that someone else gets it and it’s not just you. We feel affirmed.
And really, if you can’t express yourself freely and honestly in your own blog, why bother?"

My blog is therapy for me. Also I hope to help those who are newly diagnosed as well as those who, like me, are having big time issues with the whole hair loss thing & all who read the blog. And it's also a way to keep those who care to know about the what's what with the bc, & with me & mine, informed & in the loop.  And, as mentioned in my previous post today, as my Oncology appointments loom ever closer, this is important for some.

Thanks so much Woman In The Hat for letting me reblog ya! =)

Posted by LunaTechChick at 1:37 PM 3 comments:

What Doesn't Kill You...

I think most survivors go through a phase where it's all like, "not gonna eat this or that, use this or that product....oh, this fights cancer, so need lots of that...."  I know I sure did.  I was a blueberry eatin crazy freak for awhile there.  And I have def incorporated some things into my daily life in an effort to try to keep cancer away.  But I'm just not sure it really even matters as much as I wish it did.  I'm exhausted just thinking about trying to avoid any & all things that have been shown to be linked to some form of cancer.

And I'm sure most of the people in my life are wondering if I'm ever gonna be "back to normal". (Are we tired of reading posts about this topic yet?  Yeah, me too. Sure would love to know how to stop talkin/thinkin/feelin this way.)  And there are some who have expressed to me how I should now be so much better off havin gone through what I did, cause I can now "really live & appreciate life."  Eh....notsomuch.  And I've tried to find the words to explain why not....but I'm just not that great of a writer.  But I did come across a blog post that says it  better than I can.

I'm posting a part of that post, with the author's permission here:
**********************************************************************
"I was not perfect before cancer, and I’m sure as hell not perfect now. In some ways cancer has made me worse. I am much less patient and tolerant. And now I have a cancer-focused blog in which I write and share my rants with anyone who’ll read them. I’m sure there are many that would count that as NOT an improvement. Yet, I couldn’t, wouldn’t, have done this without cancer. (Hint: I like my blog and think it’s a good thing.) I documented in my post Punk Rock (Breast) Cancer that I once thought cancer was magic, that I would get this new, wonderful outlook on life and I’d handle things better. I learned that is not true real quick. Cancer just makes a person more who they really are—good, bad, ugly, and/or unable to behave in an appropriate manner while having cancer, or after it.
I often wonder if folks who throw themselves into this “new me” idea and action plan blame themselves for getting cancer in the first place, and hope they are not devastated if cancer returns. I’ve said too many times on this blog that cancer’s motto is “shit happens”, because sometimes illness is out of an individual human’s control.
I recently came into contact with a woman who had just finished treatment and was near tears as she talked about how she was improving her diet and exercise regime to do anything to prevent recurrence. I wondered if thinks she caused her cancer in the first place, since she is doing all these different things now. It was not my place to ask her, and I did not.
You see, I recognize myself in her. Oh, I talk a good game here in my various blog posts about how I refuse to blame myself for my cancer. But I’ve also admitted that I eat tomatoes now because of their cancer-fighting properties. Because in the center of me that is filled with self-doubt, I still somehow believe it was that hatred of tomatoes that put me in that damn infusion chair in 2010-11.
While I cannot judge how any other person “does” cancer, I sometimes think I must seem rather stubborn, or stupid, or both, in comparison to the “change my life” patients, for accepting that maybe I could not have stopped cancer from happening to me."
-From anotheronewiththecancer by Cancer Curmudgeon.
**************************************************************************
Thank you so much CC for that post.  It pretty well explains my feelings on being on the back side of cancer.  Yes, I'm very paranoid about some things...like microwaving in plastic.  Yes I do now try to eat Chia Seeds as often as possible.  But no, I'm not gonna become a vegetarian, never color my hair again or never have another cocktail, or lose my mind because every single morsel of food that enters my mouth is not organic, etc.....

And my six month Oncology appointments are looming ever closer on the calendar & I can tell I'm already becoming a fucking freak about it.

Anyway, thanks again CC for letting me reblog ya.

Posted by LunaTechChick at 1:29 PM No comments: