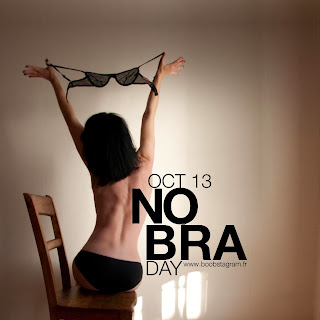 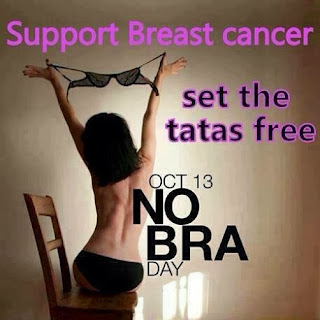 Copacetic? 'Fraid not.
Posted by LunaTechChick at 4:09 PM 6 comments:

Nope.  No it's not.  October. Here we go again.  Pink bc awareness month. Seems that every single year, my thoughts change on how I feel about all this pinkness.  Last year I was just kinda "meh" about it.

This year I'm just over the pink this & pink that.  No, I'm not one to get all militant about pink ribbons & pink everything in October.  But I'm starting to see that it's  just not fair.  WHY all this attention on bc?  Isn't every single damn part of your body able to get some sort of cancer? Why all the bc focus?  And why pink?

One thing I really have never understood is all this "Race for the Cure" stuff where you see ladies all decked in pink everything, complete with boas & tutus & tiaras.  I can't really understand how people appear to be all celebratory about bc awareness.  Believe me, the world is totally fuckin aware of bc. And before you come at me with the "they're celebrating survivors" stuff...I get that.  But at the same time, I kind of feel it's insensitive to those living with stage iv bc, & to the families of those taken by it.  Yes, when I first was diagnosed, I went to "Pink Out" things & did Relay for Life stuff...wore pink ribbons...but as I went through & continue to go through it, thoughts & feelings change, ya know?

Now hear this: There is NOTHING Pretty In Pink about bc.

So, September is Ovarian Cancer Awareness Month...where's their Teal Race? Or Leukemia's Orange Race?  And so on & so on....

But nooooo...let's just make a big ol fuckin party about bc.  Why?  Cause it's BOOBS? Everybody likes to look at boobies, right?

Well, I'm sorry that maybe you don't find a Pancreas as pretty as Boobies, but I sure would like to see even HALF the attention given to bc, shared with funding research for pancreatic cancer...or colon cancer, or....What, colons not cute enough for ya?

Let's not forget that there are all kinds of fucked up cancers out there, ok? (Is there any other kind? I think not.)

I don't love that Fall now includes a visit to the oncologist. I love the fall.  Every year I start looking in certain craft stores as early as July for the first Halloween deco fun things.  And I always find them.  But now, even though I do still love the fall, it has been tainted a bit for me. Although I was diagnosed in the summer, the shit really started hitting the fan as fall approached. Chemo started in August. Head was shaved in September. And that, as y'all all know, was really the hardest part....so now, even as I can feel the seasons changing, I'm also kinda ill feeling too, since September is now one of the months of my bi-annual Six Month Oncology Tours.

And yes, I do have a pink ribbon on my car.  Some bc people still like it.  And maybe it'll get me out of a speeding ticket one day.  Now I mostly keep it there to help me find the damn car in a parking lot.

Please don't misunderstand me.  I don't have issues with those who like the pink ribbon. I am not offended by the pink ribbon.   I'm VERY honored when someone tells me they participated in a Pink *this or that* thinking of me or in my honor.  Love love love that.  And thank you so so so much. 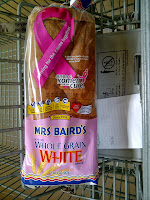 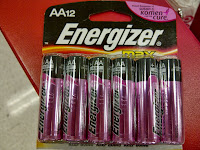 Just think before you pink. Seriously, the majority of this pink ribbon branded merch only donates the tiniest portion to bc research, if anything at all. 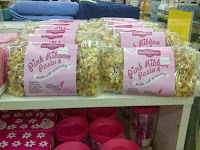 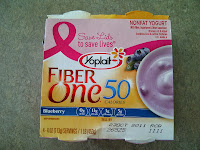 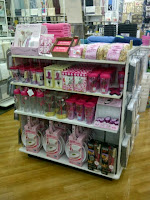 Ok, topic change...I made it through the Autumn Oncology Tour with flying colors.  Dr W said that if all is still well in March, he'll release me to annual Oncologist visits.  Dr V went ahead & released me to annual visits following my annual mammograms...& as I type, I'm waiting on the results of my blood work, drawn this morning at my annual physical..plus flu shot.  And my arm hurts...like it wants to fall off hurt.  But it's worth it.

Ok, so that's it for now...Think Before You Pink.

Posted by LunaTechChick at 8:38 PM 10 comments: