Yeah. It's time for me to bitch about stuff I've already bitched and blogged about. Again. And I realize that I have a new excuse reason for why I don't blog as much as I once did. Know what it is? It's because I'm finding myself writing about the same stuff. Same shit, different day. So, here we go again. What's one more ranty, ramble of the same ol same ol, right?

I dunno if maybe I just need to get off of social media for awhile or what, but I am just getting so so SO annoyed with all the suggestions, some quite ridiculous, about how to "prevent" breast cancer, or "prevent" it's return or "prevent" metastasis, and these "all natural miracle cures"! All manner of silly suggestions scroll by with these "cures"...everything from detoxes, cleanses, super food gorging...try to enhance your calm and stay all Zen all the time...

Like I've said before...
...if "beating it" were as simple as only eating organic, consuming tons of kale and blueberries, chowing down on lentils while burning patchouli incense and singing "Kum Ba Yah" around a fire pit, then surely info on this would take bc treatment more that way, oncologists would prescribe it & proclaim the elusive cure has been found...

Anyway.... I think the one piece of advice that grinds my nerves the most, and I get advised the most is "alkalize your body...only eat alkaline, etc." 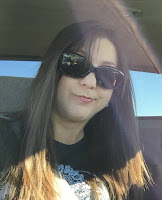 I swear to *insert deity of choice here*, if one more person forwards me stuff about "How to eat all alkaline to beat cancer" I'm gonna totally lose my shit. Please read Myth Number 3 of Cancer Myths Debunked.  If you make your body 100% alkaline, YOU WILL NOT BE ALIVE!!! Ok? So just, STOP IT! GAWD!!! (I know y'all mean well, but it's just silly...)

I dunno...I guess I'm just weary of reading about all the "miracle diets" and how a "Zen-like state of mind" can "guarantee" you will "beat cancer forever".

Look, don't get me wrong, of course I've made some lifestyle changes and eat more Chia Seeds and kale (I actually LIKE kale, thankyouverymuch) than I did before my diagnosis. I didn't even know you could actually eat chia seeds before I was diagnosed. And yes, it's in an effort of prevention. No guarantees, but yeah, I think it's because I gotta feel like I'm being proactive in some way. But I'm not about to pick up a book claiming to have the way to cure cancer written by some all organic garden growing, tofu munchin', yoga posin' health guru and call it the holy fuckin' grail of curing cancer. Ya know?
*Disclaimer* Yes, I do believe organic is better when you can find/afford it. I do believe yoga is good for you, but I can't do it. And I'm sure there must be some way to prepare tofu that makes it edible.

If the biggest brains in the oncology world, with all of their experiences and degrees haven't found the cure for breast cancer yet, I seriously doubt it's gonna be found in a damn pomegranate!

Posted by LunaTechChick at 7:00 PM

I made lifestyle changes after my treatments were over too. I took up smoking again after 10 years, I started drinking massive amounts of all forms of alcohol, I didn't "work out" and I ate a diet of fast food and greasy home cooking mostly. And yet, here I am 26 years later. Do I regret some of those choices? Not really. It got me though the tough times waiting to see if I was going to die. My doctor said 65% chance of being alive in 5 years and he couldn't go any farther than that so I'll take my 26 years and all my bad behavior. It was a hell of a lot more fun than sitting around worrying. Now I eat a much more sensible diet, I walk nearly every day and I quit smoking about 10 years ago, again. Oh and I don't drink anymore unless it's an occasional glass of wine. It's okay, I got to old for the crazy.

I hear ya Paula! I had already been quit smoking...I quit that stinky shit in 2004. I had already adjusted my diet to a much more healthful way of eating & added cardio to lose weight. Lost 21 pounds in 2007. Got the bc in 2009. Alcohol? Yes please! I've always been a bit of a whiskey sipper & vodka martini lover. And that ain't changin' any time soon! *Cheers*
I love ya girl! xx

I love your rants! I say keep 'em coming, even if you've written about the topic before. It serves as a good reminder of the silliness that takes place in our society.

No one has suggested I change my diet but I've been advised to be more forgiving so my cancer won't come back. Who said I don't forgive? To me forgiving doesn't mean I must allow toxic people to take over my life. Anyway, the nerve some people have, right? Hate the blaming game. People will always have an opinion about everything until it happens to them. And yes, those unscientific tips always annoy me.

Hey Rebecca! Yes, the blame game just needs to stop. I do understand that people are just trying to be helpful, but I'd think people would have learned by now that you can't believe every thing that goes through your news feed. I am trying to get back into posting, it's just hard to get going after taking time off of it, but thanks so much for sticking around with me.
xx

I hear ya! I've ranted so many times about the same crap, my rants have rants. BTW, people used to believe that bloodletting was a good idea, too. xo, Kathi

Where's the Like button? I too eat what I believe is a healthy diet to support my immune system and overall well being, but never in a million years would I entertain the belief that it cures cancer. I get sick and tired of hearing that almost as much as the "keep positive" mantra.

Hi Eileen! Yeah, hate the "keep positive" bullshit too. It seems like only AFTER I made more healthy choices that I got cancer. And of course there are a few who want to say I caused it myself because I like whiskey. So....
xx

It's Evelyn from Madrid again:-)

Same as Eileen, I am asking where is the LIKE button? Totally agree with you ... I made some lifestyle changes too, basically, tried to eat more fruits and vegs, but in very normal quantites, no excess;-) I had quitted smoking several years before the BC, and smoked back the day they gave me the diagnosis, because of a kind of angry thinking like "WTF, I quit smoking and as a reward I get THIS??".. ...which is of course pointless and has nothing to do, but I remember this angry feeling. Since then, I have been smoking from time to time a cigarette or two ocasionally, but wouldn't say I am now a smoker. REgarding the alcohol: I like red wine, and drink a couple of glasses regularly for supper. I have had periods in my life (when I used to go out at night more), in which I have been drinking more, now it is just as with the smoking, from time to time...but I like this feeling of "interestingness" that the alcohol gives, hahah........Paula, your post made me smile, congrats for these 26 years and I think you did well in having fun instead of worrying and waiting....It's just as this old Doris Day's song says: Que será, será...

Hey again Evelyn! Thanks so much for sharing with me. We all deal with it in our own way don't we? No need for the blame game in bc..cause I'm pretty sure bc's gonna do what bc's gonna do.

Paula is is trip isn't she? She & her stories crack me up on the regular.