Muskrat is Makin a Comeback! 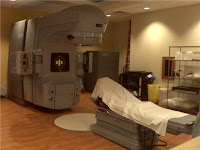 Posted by LunaTechChick at 11:47 AM